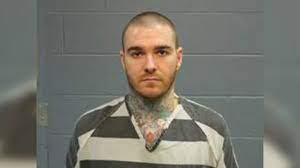 More witnesses will testify Wednesday as the prosecution continues to lay out its case on the third day of the murder trial of of Kylr Yust.

A mushroom hunter found their remains in a Cass County farm field in 2017.Advertisement

On Tuesday, 15 witnesses were called to the witness stand as the prosecution began to lay out its case. The trial started on Monday with opening statements and it moves into the third day on Wednesday.

Kara Kopetsky’s mother, Rhonda Beckford, on Tuesday described the details of her daughter’s disappearance in 2007, calling the experience a “nightmare.”

Beckford was the state’s first witness in a murder trial of Kylr Yust, the accused killer of Kopetsky in 2007 and Jessica Runions in 2016.

Beckford spent more than 10 years searching for her daughter until the FBI positively identified remains found in a Cass County farm field in 2017.

Beckford testified about a restraining order she and Kopetsky applied for against accused murderer Kylr Yust on April 30, 2007.

Beckford said Kopetsky came home with a cigarette burn on her skin caused by Yust, prompting them to apply for the restraining order.

“I am not sure he will do next because the abuse has gotten worse over time,” she said as she read from part of the restraining order written in her daughter’s handwriting.

Jurors also heard from multiple representatives of the Belton Police Department, as well as from friends of Kopetsky and Yust on Tuesday. There were 15 total witnesses called to the stand on the second day.